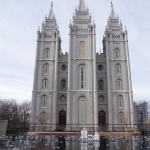 Temple Square is a ten acre area of downtown Salt Lake that is a reflection of the Mormon Church that calls Salt Lake City home. Temple Square is the 15th most popular tourist destination in the United States. It caters to more visitors every year than the Grand Canyon and Universal Studios. Featuring magnificent displays of architecture and history, it appeals to Mormons and non-Mormons alike.

Salt Lake City Public library is a much more than a repository of books. Designed by internationally acclaimed architect Moshe Safdie, the Salt Lake library is a masterpiece of architecture. It reminds people that a library is a building that encourages and embraces imagination. Using the natural light and space, the Salt Lake Library makes the quest for knowledge “cool” again.

Cathedral of the Madeleine

Cathedral of the Madeleine is the most important Catholic church in Utah. It was completed in 1909 and was renovated in the early 1990’s. With a Romanesque exterior and Gothic interior, the cathedral is very reminiscent of the old churches in Europe. It is listed on both the Utah and National registers of historic places. 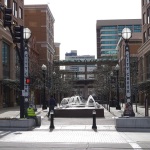 City Creek is an innovative indoor open air shopping center in downtown Salt Lake City. Spanning 3 blocks, the shopping center was created to return the downtown into a vibrant and economic center.

The Leonardo is a non-profit community-powered museum. The Leonardo was created to honor and promote the spirit of Leonardo Da Vinci, the Renaissance Man. It helps you experience the world as he saw it: full of wonders to be uncovered and questions that needed answers. The museum ignites the imagination of all visitors and inspires them to act in new ways.

Gallivan Center, in the heart of downtown Salt Lake, is a favorite destination for locals and tourists. During the summer it hosts many outdoor events and concerts. During the winter the outdoor ice rink is opened. 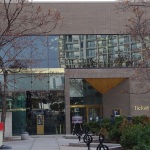 Utah Symphony is one of the nations only year-round symphonies. Founded in 1940 the Utah Symphony has performed in many of the worlds most prestigious concert halls. The orchestra has been nominated for several Grammy awards and has recorded extensively for several popular music labels.

Park City is a scenic upscale, mountain community 25 miles outside of Salt Lake City. An old mining town that has transitioned to a world class ski resort, complete with shopping, a film festival and a warm feel.